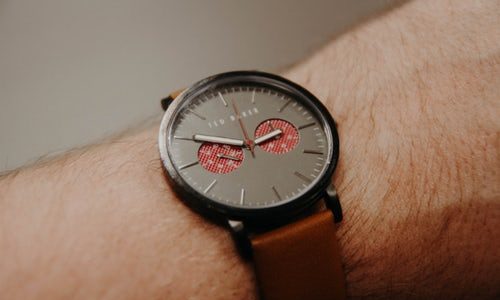 Top 10 Time Robbers and How to Overcome them

We are here with the list of top 10 Time Robbers and incredible ways to cope with them.

‘Do it now’ is the solution to procrastination. In the office environment, it is recommended that you handle each piece of paper only once. This implies that you take any action required immediately on a letter, memo, and mail e.t.c at once. This helps to decongest your table fast.

Ask yourself ‘If I do this, Will it make any difference? “If the answer is no difference”, then do not spend time doing it. It is, therefore, a waste of time. Learn to discriminate. It can effectively overcome the outcomes of time-robbers.

Decision making is a process in which we evaluate alternatives and then make a choice from them. Some people are afraid of taking decisions for fear of making mistakes. Such people waste their own time by being unable and/or unwilling to take decisions. August Kekule advised that ‘A man would do nothing if he waited until he could do it so well that no one would find faults with what he has done. So adequate and timely decision making can minimize the time robbers.

The most commonly accepted definition of management is getting things done by and through other people. It also triggers the time robbers’ effect.  Most ineffective and inefficient supervisors and managers fail to delegate. Such a person develops the illusion of omniscience and contempt for his subordinates whom he believes are incapable of doing anything right. He, therefore, hordes all authority and refuses to delegate any responsibility.

Sooner or later, he finds himself swamped with too many things to be done. His span of control is already exceeded, he experiences work overload.

And thus, he consumes so much time to achieve so little both for himself and for the organization in terms of completed jobs.

Engaging oneself in functions that some other people should do guarantees an ineffective and inefficient use of time. Delegation of important tasks enables the supervisor to concentrate on major functions.

This is described as occurring when an employee brings to the supervisor a decision to make which the employee should. Delegation involves giving responsible and adequate authority to a subordinate to perform it. Sometimes, however, the subordinate gives his boss a partially completed job, expecting him to finish it. This induces the boss to be a time robber in doing a job that should be avoided inefficient time management.

Time spent in regretting past events is also a time robber. Devoted precious time in wishing that yesterday was today and last year was this year. And regretting that if only you had money last year, you would have bought a car or built a house this year, are all exercises in futility and a sin against effective use of time.

Holding group meetings frequently for the sake of it and with no clear objectives or plans for discussion, wastes the time of the supervisor and manager, the time subordinates, and the entire organization. It is also a time robber. Assuming the meeting lasts for one hour and there are ten people in attendance, the total time wasted is ten hours.

People oversocialized at work both with fellow workers and external customers. It is the most common way of time robber.  It is common for employees to spend their official hours organizing birthday parties, naming ceremonies and funerals. They also relate in rather and unnecessarily informal manners. They mix domestic issues with official matters with relative ease. Oversocialisation is an obvious means of time wastage and it should be controlled.

Can not you complete your assignments owing to too much time wastage, let Qualityassignmenthelp.com help you.

GUIDELINES FOR ORGANIZING AND CONDUCTING EFFICIENT AND EFFECTIVE MEETINGS

The secret of getting things done is doing them now. One minute lost is one minute lost forever since time is irreplaceable. Therefore we should identify our specific goals and objectives, prioritize them, establish deadlines, delegate functions which other people can perform, work in blocks of time, avoid interruptions and reverse delegation that occasionally questions our use of time and be sure we as managers are doing the right thing at the right time. We should appreciate the need to differentiate matters of urgent from those that are important, avoid indecision and procrastination, plan our life and our time and finally remember what the anonymous philosopher said “Yesterday is a canceled cheque. Tomorrow is a promissory note. Today is ready cash. Use it”